Italian food is not just a regional food that comes from Italy, since it’s a whole other construct that embodies their rich history and deep cultural appreciation. Here are the cooking basics everyone should know when learning to cook Italian food.

Cooking Is Linked With Superstition We all have fun superstitions that are summed up as being happy accidents, but with real Italian cooking, it’s a fearful incident that could have the wrath of God on your heels. These superstitions come from knowing about the old stories. For example, spilling salt or olive oil is not allowed. The reason comes from stories that recount tactics used by the older civilizations to thwart their advancing enemies.

The term to salt the earth’ is described as a last-ditch effort to kill off vegetation and the soil so that enemy armies cannot consume what the land has to offer. It’s considered a punishment for conquering invaders because it makes the ground sterile, but as you can expect it also punishes the people who already live in that land. This is why it’s considered so bad to spill any salt while cooking.

Roman Catholic Italians already carry way too much guilt that often leaks over into cooking. The most evidence of this is cooking lentils on New Year’s Eve which is supposed to bring good luck for the New Year. The more lentils you eat, the greater your luck will be. Aside from the gassy effect, better grab the Beano…

The Most Important Meal of The Day You have to remember that Italy is known for farming and like many of the old world countries the farmers have very specific diets that keep them going. We don’t live in that type of society anymore but Italians still keep this tradition. Breakfasts are typically light and contain fewer calories that are reserved in anticipation of Lunch. This is where a meal tends to be hearty and gives you most of your energy to last the whole day.

This is enough energy to last until dinner which is a simple meal that supplements the amount of energy spent during the day. It’s not extravagant by any description and will be followed by not eating until the morning. In other words, to break fast’ (not eating), hence this became the word breakfast. What you might think is considered fresh is something that comes from a plastic bag of salad mix. The first rule of authentic Italian cooking is to start with real fresh ingredients. Like the kind that you get from the Farmers Market every early morning. After all, this is how you could get the best taste possible. You could also squeeze, pinch, and smell every vegetable to get just the right flavor for your recipe of the day.

Depending on the kind of tomato sauce you could be making, some tomatoes need to be on the softer side and more ripened, while salad tomatoes need to be on the firm side. If you haven’t gotten into the act of picking fresh ingredients yet, you aren’t doing it the Italian way. Learn how to find the right vegetables, meats, and ingredients that are at their peak for flavors. Never buy canned ingredients because they’ll never taste as good as fresh ones do. I admit, when it comes to my seasonal wardrobe, I’m as climate-conscious as the next. I would never mistake my woolly sweater with a simple windbreaker. So, in this case, your vegetables that are available throughout the season should also dictate your Italian-inspired meals. In the summer, you should incorporate plenty of zucchini, eggplant, beetroot, peas, beans, radishes, and tomatoes in your diet.

By the winter comes around and veggies that can last in cooler conditions include turnip, cabbage, Brussels sprouts, broccoli, cauliflower, spinach, fennel, and obviously artichokes. Follow the seasonal trends of veggies to get the most of your season’s best picks. It’s harder to follow these days since so many off-season veggies are imports, so try sticking to local Farmer’s Market offerings. These will have more taste than imported garbage.

A Feast For Every Holiday Even if you have traditional Italian food at a fancy restaurant, you’ll notice it has lots of flavors. This cannot be compared to the seasonal holiday food that’s enjoyed on the most significant religious days of the year. As you may know already, this includes Easter and Christmas. Two classic holidays of the year that is becoming less significant thanks to unsupervised and uncultured children.

This is literally the same as canceling Italians as a whole, so I’m thankful that some traditions of Italian cooking are well intact and thankfully untouchable. Great holiday favorites include Lasagna on Easter followed by lamb or roasted meat with potatoes and other veggies. At Christmas, you’ll likely encounter filled manicotti or ravioli next to roasted veal, sausages, baked chicken, and braised beef. Feel free to find your favorite! 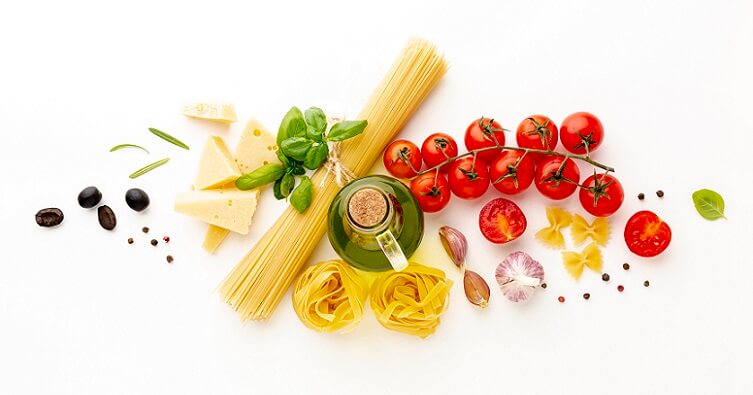 The thing to remember about Italian food is that many of the dishes are very simple aside from the dressing up that you see in restaurants. These dishes can be as simple as pasta and sauce but aren’t limited to vegetable side dishes, soups, and stews. These are comfort foods as well as regional favorites. These can also include a wide variety of fish, mussels, clams, and goodies from the sea.

In fact, anything that is found locally and is in abundance is what most Italians will make into a daily food staple. This is why seafood, rice, pasta, fruit, vegetables, bread, and olive oil play such a vital role in a daily diet. And though these dishes may seem simple, the number of nutrients and vitamins are incredibly healthy when used in combination with each other. This is why so many Italians tend to live longer than other Europeans